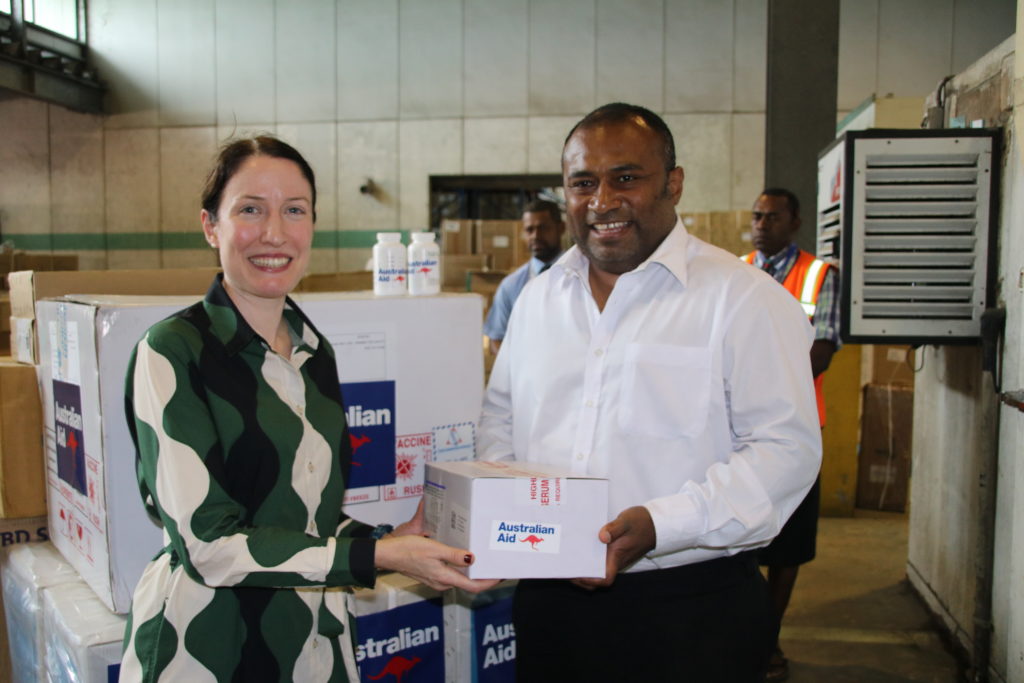 Last Updated on 10 months by

In a boost to the Fijian Government’s measles response, the Ministry of Health and Medical Services received 200,000 measles vaccines, funded by the Australian Government today.

“Australia is proud to assist the Fijian Government’s response to this measles outbreak”, said Ms Anna Dorney, Australia’s Acting High Commissioner to Fiji.  “The Ministry of Health and Medical Services has been working tirelessly to ensure that this outbreak is contained.  We are pleased to support their critical work to protect Fijians against measles.”

Minister for Health and Medical Services, Dr Ifereimi Waqainabete, thanked the Australian Government for their assistance, “these vaccines will enable us to continue our mass immunisation campaign, targeting those most at risk of measles infection”.

While the main focus of the mass immunisation campaign has been on the Central Division, where all cases are currently from: the latest supply of measles vaccines will be distributed to the rest of Fiji for the next phase of mass immunisation, which will continue to target people most at risk of catching and spreading the disease.

The Ministry of Health and Medical Services will announce details, includinstart dates, of the roll out of the campaign to the rest of Fiji shortly. The Fijia.n Government has also received assistance from the World Health Organisation (WHO), the United Nations Children’s Fund (UNICEF) and the Government of New Zealand. 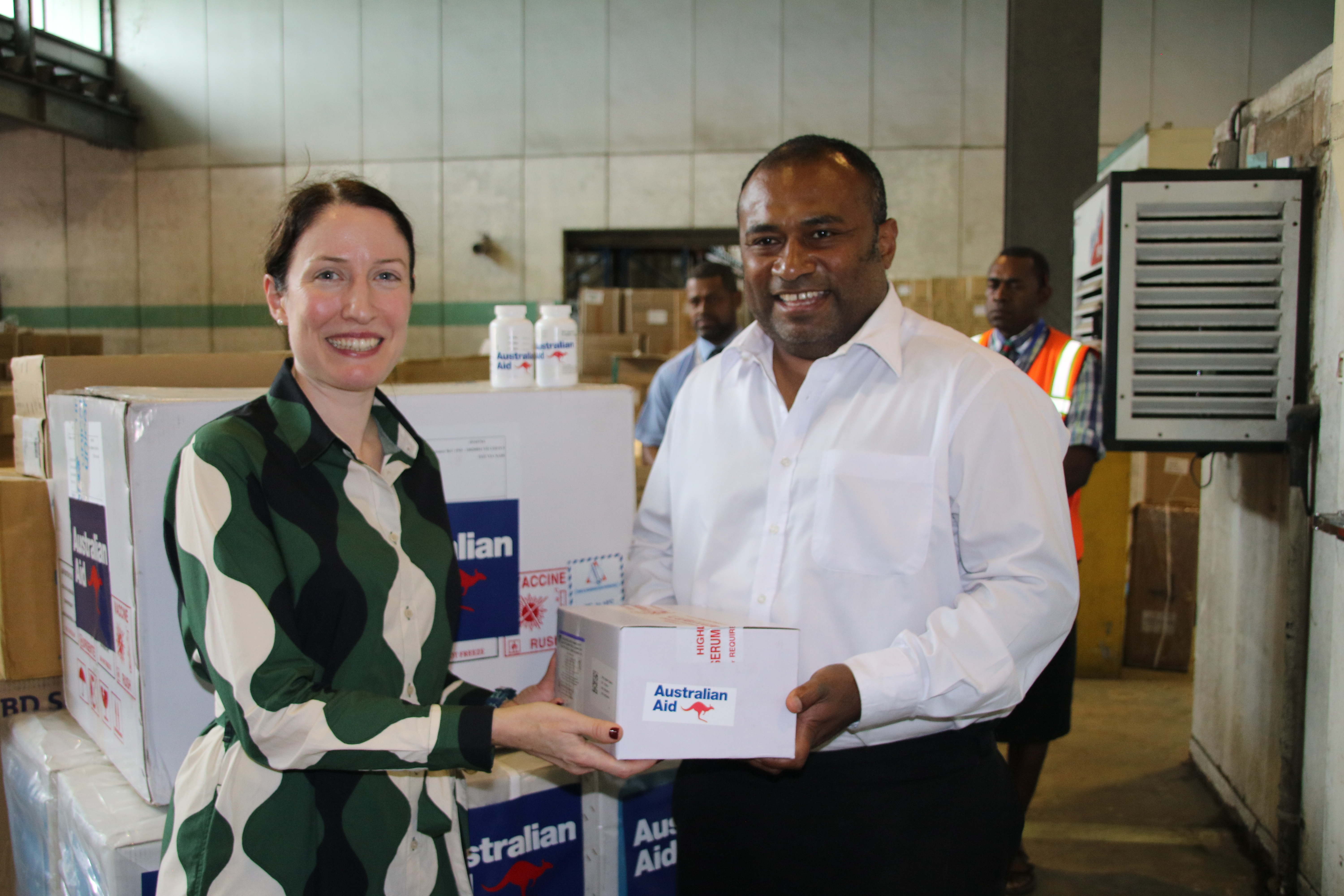