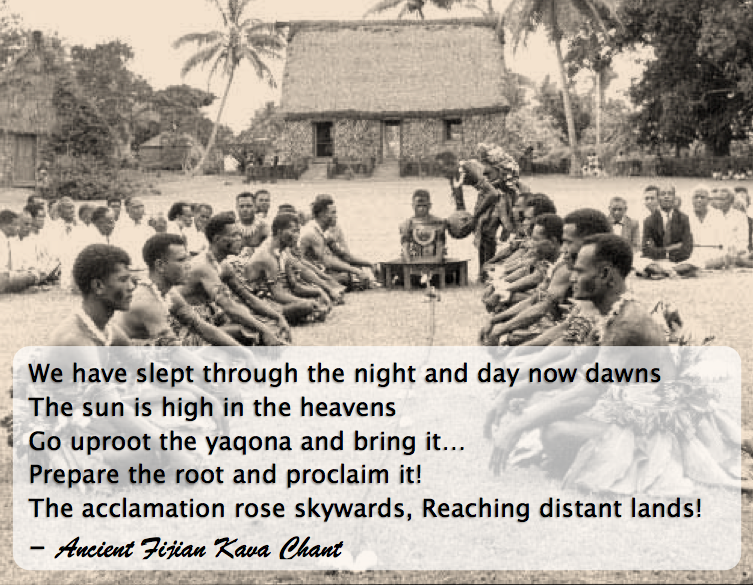 Yaqona (or Kava in English) is a Fijian link to the past, a tradition so inextricably woven into the fabric of culture that life without it is unimaginable. Fijians would scarcely be Fijians without their national beverage. It is consumed ritually when welcoming visitors, sending village members on journeys, christening boats, laying the foundations of homes, casting magical spells, making deals, settling arguments and, as is usually the case, chatting. It is also presented as a sevusevu, a traditional gift offered by guests to the host, or as a token of respect to visitors of higher rank Kavain official ceremonies. (www.fijiguide.com)

What is it made from? 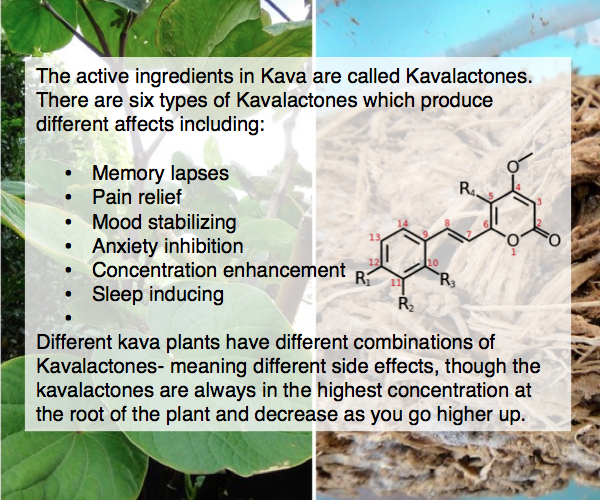 What are the Benefits?

Besides its strong links to Fiji’s culture and ceremonial significance, Kava, when enjoyed in moderation can offer the following side effects; 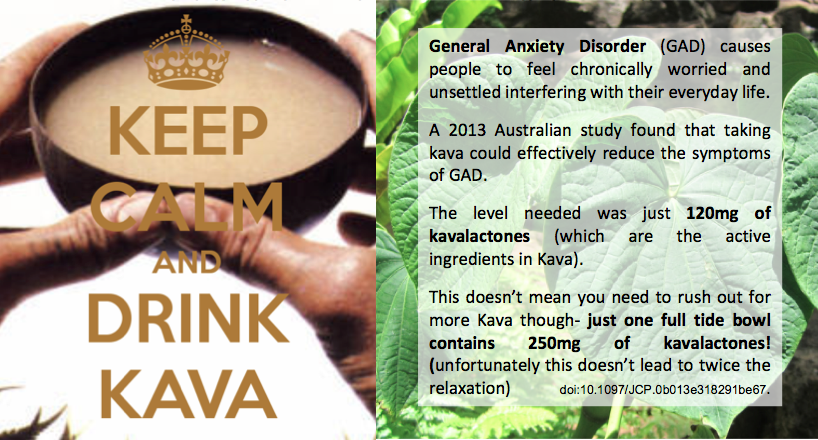 So How Much is Too Much?

On the flipside, excessive yaqona drinking causes a host of disorders including loss of appetite, bloodshot eyes, lethargy, restlessness, stomach pains and scaling of the skin. The latter condition, known as kanikani by Fijians, is fairly common among heavy drinkers who may consume up to half a dozen litres of kava or more in the course of a day – this is far too much for your body to handle.

Here are some of the negative side effects of drinking too much Yaqona. 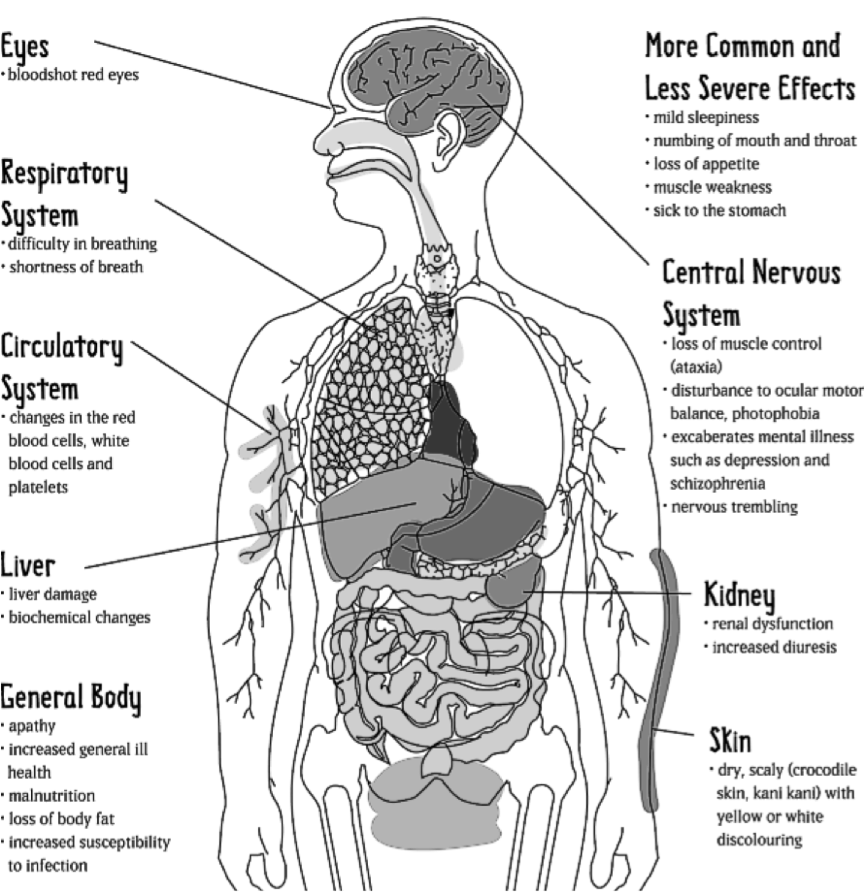 Mixing alcohol with Kava (the washdown) is becoming more and more common in Fiji, however, it is also extremely bad for your health and should be avoided.

Because both Kava and Alcohol have to be processed by the liver, it compounds the negative effect of both. This can mean that in the short term people feel drunker and their co-ordination/ decision making is impaired to a greater level than if they just had alcohol or Kava.

To explain further, the liver first converts Alcohol into a toxin, then into a non toxic substance and then into carbon dioxide and water (which is why we get dehydrated) but if the liver is busy processing other substances (like kava) it works slower so we get drunker off less alcohol.

In the long term this double burden of Kava and alcohol can seriously damage your liver and increases their risk of hepatoxicity, which can lead to liver failure. 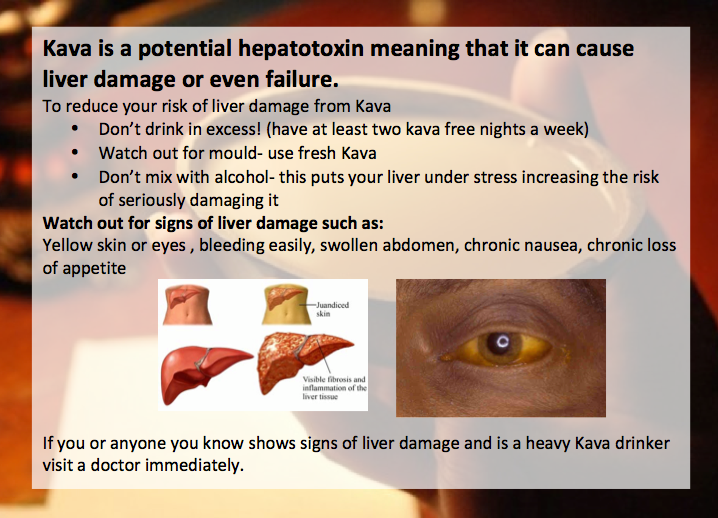 Symptoms of liver hepatoxicity include:

If you or anyone you know shows any of the above symptoms, you should seek medical treatment immediately.

And it isn’t just your health that kava can have a bad effect on, it can also create others kinds of complications… 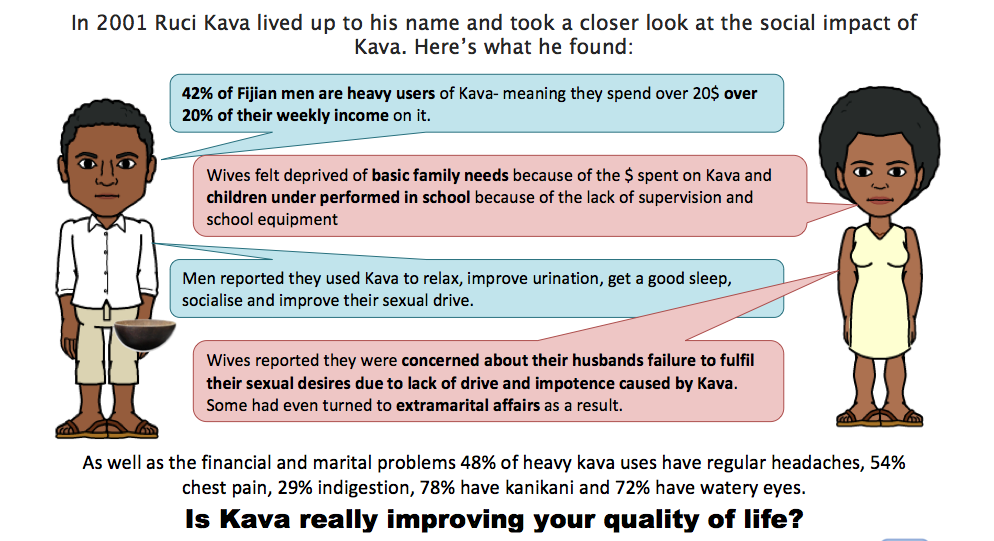 Has Yaqona lost its meaning?

In earlier days, grog was strictly used for ceremonial purposes by chiefs or priests, whereas today it is drunk copiously in villages, often to the detriment of gardening, fishing or other `productive activities’. Because of the negative side effects of this drinking, which certainly do not promote hard work, some Fijian officials have asked if excessive grog drinking is good for the country. Whilst grog is an important part of being Fijian, there is such a thing as ‘too much grog’

Think about how much you consume grog.Does it affect your work, your family life, your household budget (a study has shown that Heavy kava drinkers spend up to %20 of their weekly income on kava – that’s a lot!) or your productivity? If you drink too much Kava, try cutting back for the sake of your health, your family and your life.

When you do drink kava, though the temptation and the pressure can often be to have ‘high tide’ and be the last one standing, be aware of the risks you take when drinking excessively and don’t be afraid to pass.

Enjoying Kava in moderation means that you can still enjoy this wonderful drink, but avoid some of the more negative effects on your body and your family. 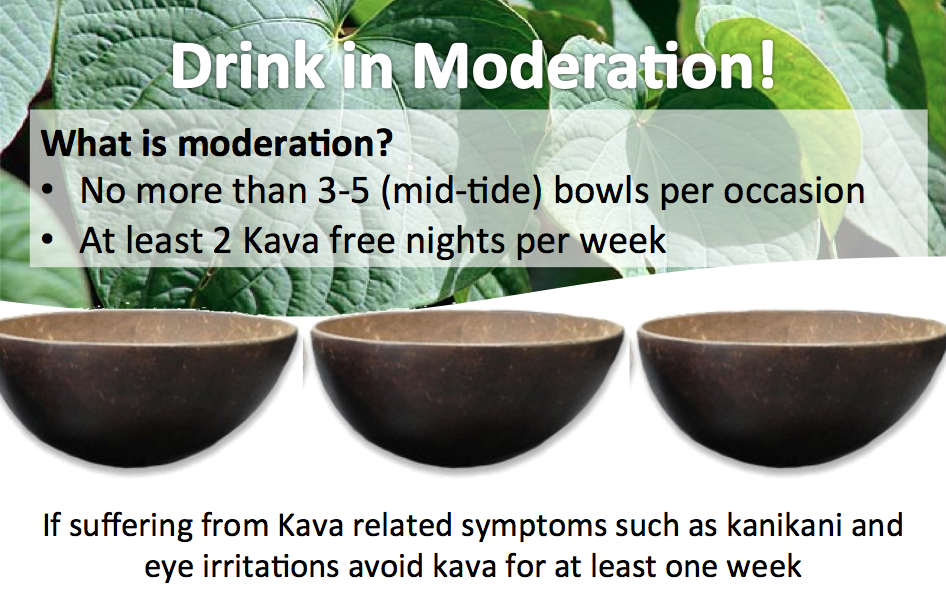 Often you will chase your grog with unhealthy foods, which makes the impact on your health even worse. Try these healthy chaser alternatives instead! 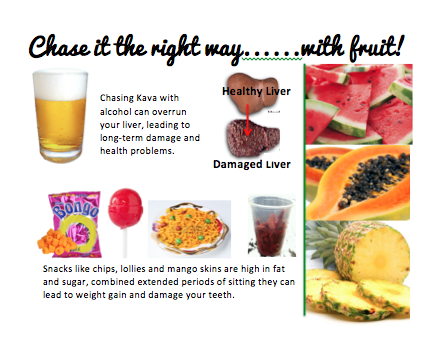