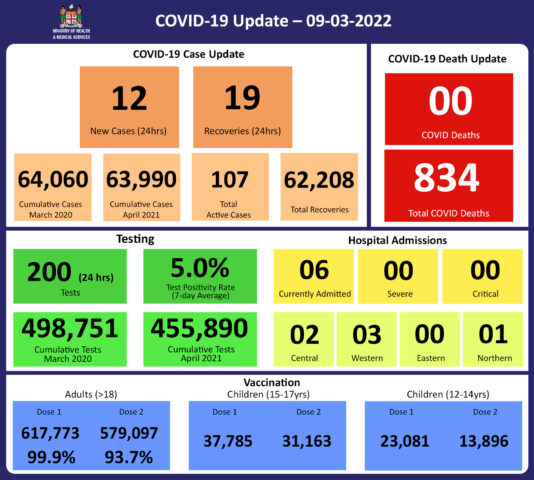 As previously mentioned, the recent weather has resulted in conditions conducive to outbreaks of leptospirosis, typhoid, and dengue fever, which are climate-sensitive diseases endemic to Fiji. We are also aware of the recent weather reports predicting increasing rainfall over the next few days, and as such the medical advice we provide needs to be followed, while we continue to mount our public health and clinical response. We have especially noted increasing leptospirosis cases, hospitalisations, and deaths following similar weather events. Please heed our advice to protect yourselves and your loved ones.

The outreach efforts in Rakiraki continue with FEMAT support. Four teams consisting of one medical officer, one nurse, and one health inspector were deployed to different medical areas.  Their objectives were to;

The main impact of the FEMAT deployment is that we have had a bigger increase in the suspected line list for LTDD, however, home medical treatment and follow-up capability resulted in only 6 admissions and no deaths within a very short time. This impact was experienced despite ongoing weather conditions. Also while the number of cases continues to occur at outbreak levels in the Rakiraki Medical Area, the exercise facilitated early treatment which resulted in decreased severity and duration of the disease in those put on the line list. The active pursuit of cases, however, cannot be sustained over a long time, and as such community engagement to promote better health-seeking behaviour remains the priority means of facilitating early treatment and support.

The FEMAT team will be wrapping up services this week for a much-needed break.

There have been 991 confirmed cases of leptospirosis this year, with 279 new cases in the last week.  Outbreaks are ongoing in all four divisions.

In the Central Division, there have been 336 cases, with 102 in the last week.

In the Western Division, there have been 390 cases, with 99 in the last week.

In the Northern Division, there have been 245 cases, with 72 in the last week.

In the Eastern Division, there have been 20 cases, with 6 in the last week.

For hospital admissions so far this year there have been:

While we have seen cases in all age groups. Cases remain predominantly in the 10-39-year-old age group, with more in males than females, and in people of the i-Taukei ethnicity.

The leptospirosis bacteria is spread to humans through the urine of infected animals, such as cows, pigs, rats, and dogs. To reduce your individual risk, it is important to understand that exposure to animals, soil, mud, and floodwaters during work or recreational activities increases your risk of infection.

Important prevention measures include wearing full covered footwear at all times when going outdoors, avoiding wading or swimming in flooded waters, using clean fresh water to wash up after exposure to muddy waters, and keeping all food and drinks covered and away from rats. For workplaces, practice good personal hygiene at all times, cover cuts and wounds well, and use protective equipment, especially footwear when in flooded and/or muddy areas.

We are also urging all parents and guardians to prevent children from playing in the mud or swimming in flooded rivers or creeks, and ensure that they wear shoes when outside.

Early treatment can decrease the severity and duration of the disease. Please seek medical care if you have recently had contact with floodwaters, mud, or animals, and develop the following symptoms: fever, muscle pain, headache. You may also have red eyes, loss of appetite, nausea/vomiting, dizziness, or feel weak.

Leptospirosis can be treated with appropriate antibiotic medications prescribed by a doctor if treatment is sought early. Danger signs for severe leptospirosis include shortness of breath, coughing blood, chest pain, yellow eyes/skin (jaundice), signs of bleeding (including unexplained bruising), decreased or increased urination, difficulty staying awake. Severe leptospirosis is life-threatening, and anyone with these symptoms must be taken to the hospital immediately.

There have been 53 cases of typhoid fever this year, with 7 in the last week (6 from West and 1 from North) Nationally typhoid cases are within the number expected for this time of the year. However, there are localized outbreaks in communities in Ra, Lautoka, and Nadi. Sadly, there have been 5 deaths from typhoid fever this year: an 18-year-old, a 45-year-old, and a 22-year-old from Ra; a 51-year-old from Lautoka; and a 1-year-old from Lautoka.

Typhoid fever is typically found in areas that do not have access to proper toilet facilities and/or clean drinking water. We strongly encourage people who live in rural areas, informal urban areas, and any other areas where access to clean drinking water is limited, to boil all drinking water. We must all also continue to practise basic hygiene measures such as frequently washing hands with soap and water, especially after visiting the toilet and before eating or preparing food.

There have been 965 confirmed cases of dengue fever so far this year, with 245 cases in the last week. There are outbreaks in the Western Division (Nadi, Tavua, Ba) and the Eastern Division (Levuka).

We continue to urge everyone to get rid of potential mosquito breeding places, such as empty containers inside and outside your homes that may collect water, including discarded tires, flower vases, and pot plant bases. Protect yourself from being bitten by mosquitoes by using mosquito screens in your homes, and mosquito repellants.

As of the 09th March, a total of 108,369 individuals have so far received booster doses. Members of the public are advised to obtain their booster dose after at least 5 months from their second COVID-19 vaccine dose. Moderna vaccine and Pfizer vaccines are both available for adult booster doses.

Given the current stocks of Pfizer Vaccine we have we will be using Pfizer for the ongoing primary 2 dose schedule of children and adults and as the booster dose.

Since the opening of international travel borders to travel partner countries travellers coming in from Travel Partner Countries have had to undergo an in-country test in Fiji on day 2 of stay in Fiji. To support this requirement, a 3-day hotel stay was mandated to minimize the risk of non-compliance to testing and to ensure that all positive tests were appropriately responded to while the traveller was locatable. To be clear, this 3-day stay in a Care Fiji Commitment (CFC) hotel was never a quarantine. The hotel stay is in place to facilitate the testing requirement on day 2 of arrival.

We have noted that while many countries have removed all forms of traveller sequestration, the in-country testing conditions continue. As such we are supporting current efforts to have more testing sites throughout Fiji to which travellers can book for testing, without requiring a hotel stay, as part of prior approval to come into Fiji. We are working together with the Ministry of Trade and Tourism and Ministry of Economy in the final phase of approving this in-country testing for international arrivals by private entities. These private entities will ensure that the test is available and the results will be reported back to Ministry of Health officials. They will also be mandated to report any international traveller who defaults from the mandatory testing. Any traveller defaulting a test will be subject to legal punitive measures.

This ongoing effort is mediated through the Ministry of Commerce, Trade, Tourism and Transport, and the Ministry of Economy (COVID-19 Risk Mitigation Taskforce). Non-Travel Partner Status is assessed and graduated to Travel Partner status based on COVID-19 Transmission Data (cases, admission, and deaths), COVID-19 Community Surveillance data (Test per 1000, positivity rate), and ability to detect Variants (Access to genomic sequence capability). A list of Travel partner countries is available on the following link: https://www.mcttt.gov.fj/home/traveltofiji/international-travel/#b