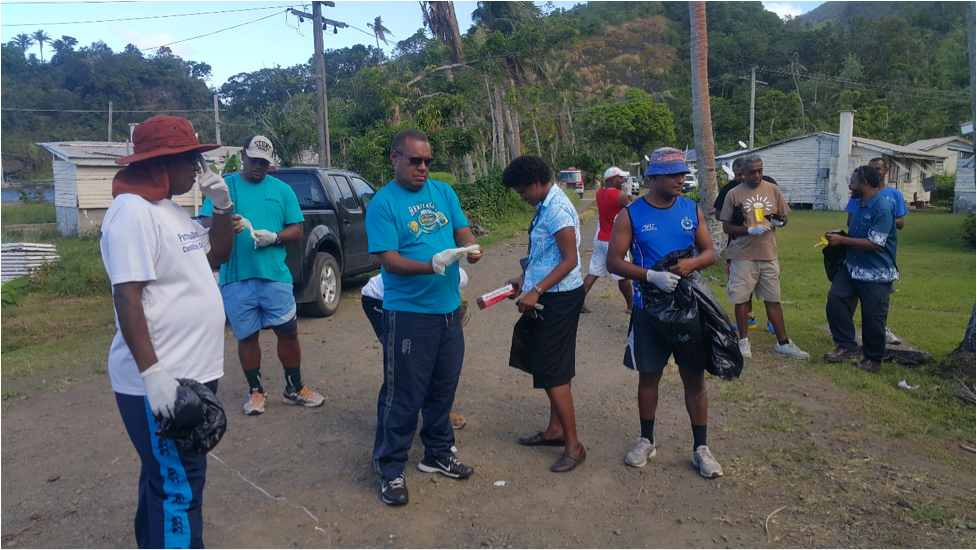 Following the national “Fight the Bite” roll-out last month, the Ministry of Health and Medical Services in Levuka and the Provincial Administrator Lomaiviti are coordinating a clean-up campaign for 27 villages/communities on Ovalau Island.

The objective is to empower communities to take ownership of their own health by preventing the spread of Dengue Fever, Chikungunya and Zika by destroying mosquito breeding grounds including tins, bottles, tyres, drums etc.

The community participation was very encouraging, as it shows their support and commitment to the Government’s national call to stop the spread of mosquito-borne illnesses such as Dengue, Zika and Chikungunya.

Various government departments assisted the communities in the Clean-Up campaign, as well as inmates from Fiji Correctional Services in Levuka Town.

The Commissioner Eastern Division Mr. Luke Moroivalu joined the Health Ministry and other government departments in Levuka on Thursday 2nd June to participate in the clean-up campaign.