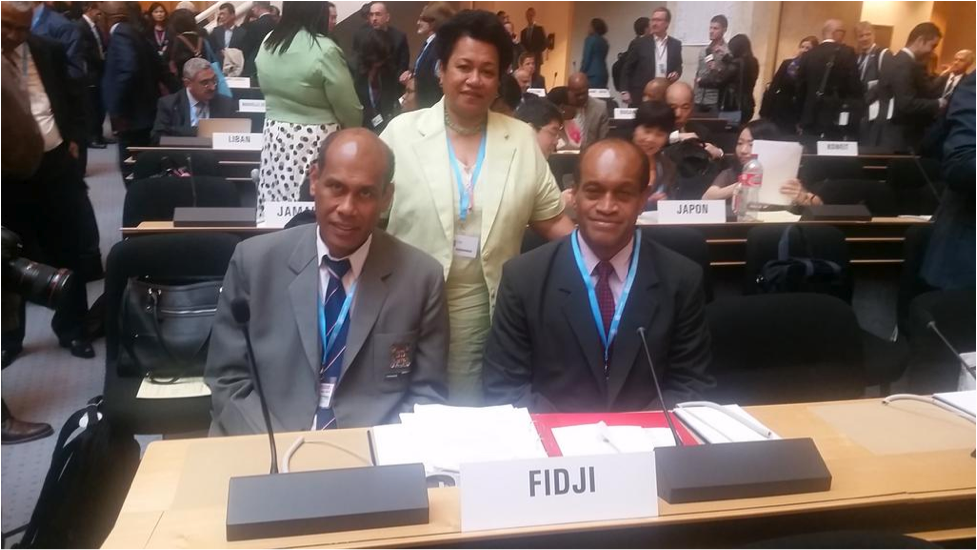 The Minister for Health & Medical Services Hon Jone Usamate chaired a meeting of the Pacific Ministers for Health during the 69th World Health Assembly in Geneva where it was identified that Pacific health leaders must advocate for a strong Pacific voice in the global arena.

“The need for Pacific Health Ministers to continuously present a united front on the issues of NCD and climate change remains paramount as these issues are having a devastating impact on the Pacific. This can be achieved by continuous information sharing amongst Pacific Island Countries”.

The Health Ministers again reiterated their commitment to sharing information to benefit the region in securing solutions and learning off one another in dealing with health issues of mutual concern such as that of NCD, Communicable diseases, Climate Change, HIV/AIDS etc.

“The Ministers agreed that it is crucial for the Pacific to have its issues highlighted on a global front, and the onus remains with our leaders to push our agenda forward”, Mr Usamate added.

There were 25 attendees to this meeting including 11 Pacific Ministers and other country delegates to the World Health Assembly.

The meeting was a success as members were able to deliberate on health issues relevant to the Pacific that were raised at the Guam meeting in October 2015 and they were also provided an update on all the issues they had discussed during their 2015 meeting in Fiji.

They also resolved to make efficient use of opportunities as such of the World Health Assembly or other forums where most Pacific Ministers will be in attendance.

Pacific Health Ministers expressed their appreciation to the chairman for convening this meeting.