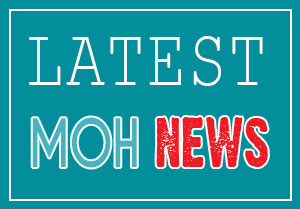 The Health Ministry has noted that there is a downward trend in the real time statistics for dengue cases.

The Health Ministry has noted that there is a downward trend in the real time statistics for dengue cases.

It has been a month since the since the intersectoral cleanup campaign took off and apart from this a lot of advocacy, awareness, prevention and precaution for dengue had been highlighted through the media continuously.

Health Minister Dr Neil Sharma said, “The story does not end here and the onus is now on individuals to take charge of their environment. People have to understand the environmental aspect effective on public health”.

“The dengue outbreak is a result of climate change and how we keep our environment”, Dr Sharma added.

It is important to also realize that climate change is also a contributor towards the continuation of dengue cases.

Waste management is an area that needs to be re looked at and improved especially in densely populated areas such as squatter settlements and housing areas.

The public is also urged not to dispose of rubbish irresponsibly as this leads to drain blockages allowing water to become stagnant, providing dengue mosquito a breeding ground.

“People must realize that the cleanliness of oneself and the environment is crucial as it is all linked to health”, said Dr Sharma.

Public health can be improved by looking after the environment and by cleanliness and hygiene practices.

Meanwhile, Dr Sharma also thanked the Fiji Government and Government ministries for their efforts during the cleanup campaign in the fight against dengue.

The Health Ministry is also grateful to the support received from donor agencies such as the World Health Organization (WHO), Fiji Health Sector Support Program (FHSSP), Department of Foreign Affairs and Trade Australian Government, UNICEF, Secretariat of the Pacific Community and the Government of China.