Micronutrients include vitamins and minerals that are essential for healthy growth and development.

Which Micronutrient Deficiencies are common in Fiji?

The most common deficiency in children is iron deficiency. Other micronutrient deficiencies common in Fiji include:

When children not eating enough in their diet, have poor absorption or illnesses such as diarrhoea, respiratory tract infection or measles; this can cause Vitamin A deficiency.

In Fiji 34% of children under 5 years are at risk of Vitamin A deficiency, with 8.6% diagnosed as deficient. Deficiency was 65% more common in iTaukei children.

Children go through major growth spurts meaning they need a lot of vitamin A to grow healthy bones and tissues, healthy skin to protect them from infection and healthy vision.

One of the first signs of vitamin A deficiency is night blindness and difficulty for the eyes to adjust to dim light. Children may also suffer from frequent infections and illness due to low immunity.

Tip: Having a little bit of fat with your Vitamin A sources will help your body absorb it. So add a dash of coconut milk or shredded flesh in with your meal.

Foods High in Vitamin A 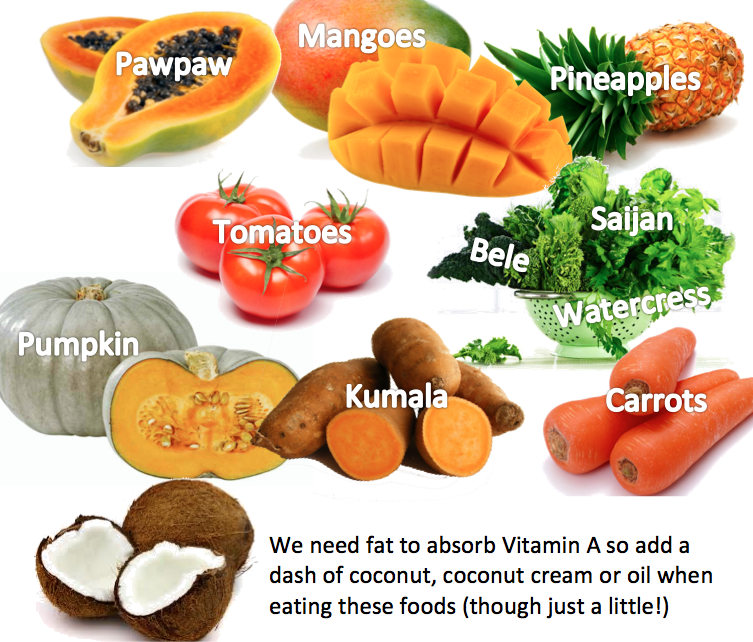 This means it’s important to help your child eat healthy sources of iodine everyday. These include: clams, lobster, sardines, deep sea fish, seaweed, black eyed beans, eggs, cheese and fruits and vegetables (excluding cabbage, cauliflower and cassava as these block iodine absorption, so don’t have them together with these foods.) 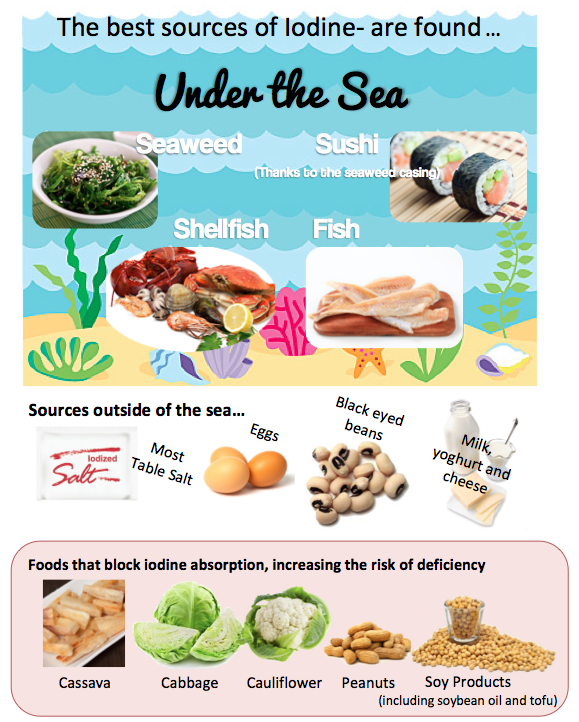 Zinc helps in muscle formation, wound healing and immune functioning. Rapid growth means children need more zinc and are at a greater risk of this deficiency. 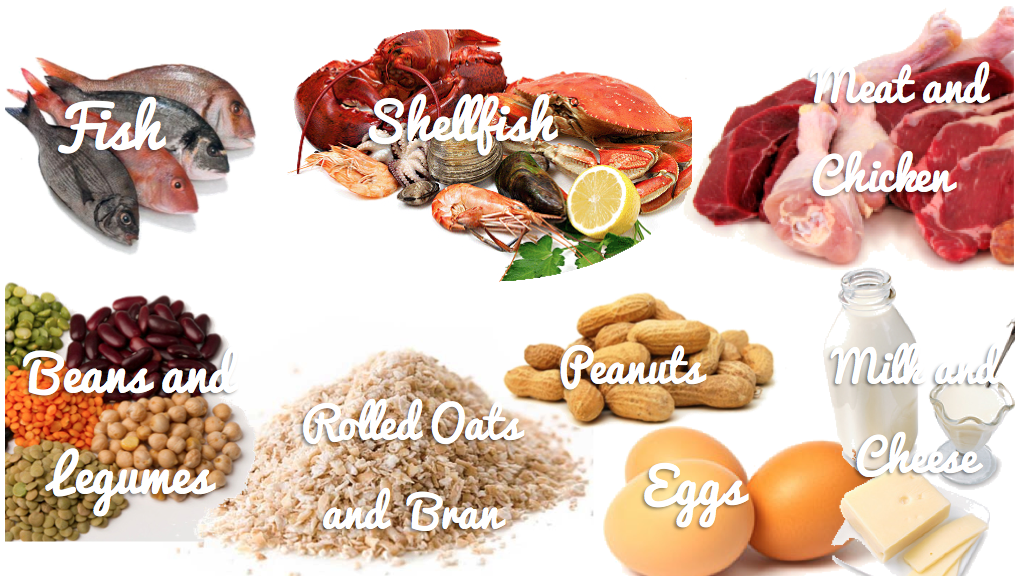 While vegetables don’t provide zinc, it’ s important to have a good intake of Vitamin A, E, B6 and calcium for your body to absorb zinc. Bele, pumpkin, and all orange and green vegetables are good sources.