Last Updated on 4 years by 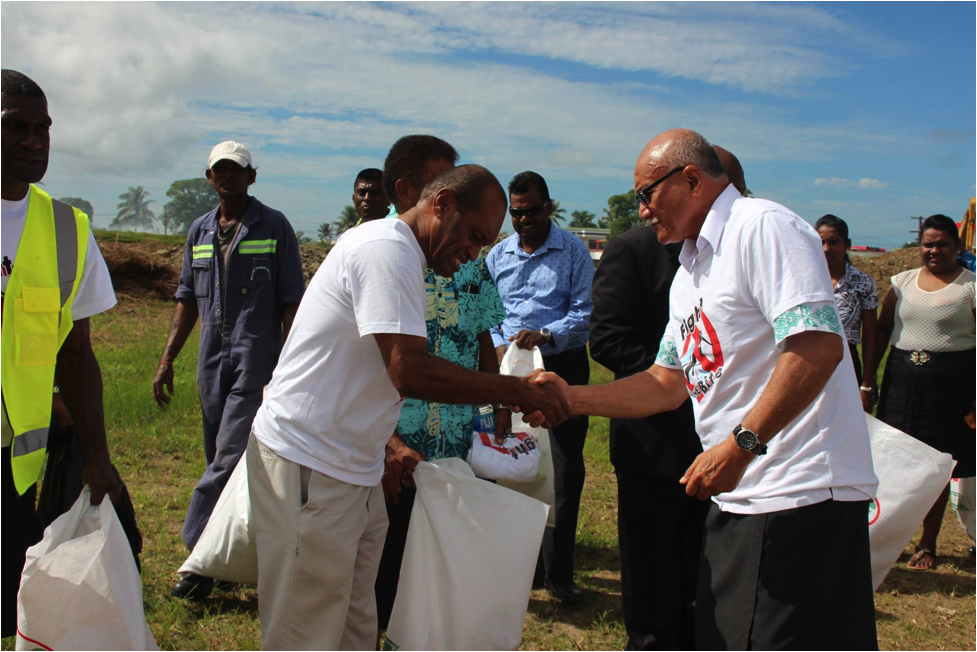 The national “Clean Up Fiji – Fight the Bite” Campaign was rolled out on May 16 by His Excellency the President Major-General (Ret’d) Jioji Konousi Konrote in efforts to destroy mosquito breeding sites.

The campaign is a concerted effort by government ministries and key stakeholders targeting mosquito hotspots (densely populated areas) throughout the country over a period of one month.

The Head of State said that cleaning up and destroying mosquito breeding places is the most effective way to control the spread of mosquito borne diseases.

“While dengue fever is the most deadly and rapidly spread disease in Fiji, Zika has recently started to affect the people of Fiji. It is important for every Fijian to take ownership of this campaign with a united approach by Government, businesses, communities, villages, schools and religious bodies,” President Konrote said.

He added that Zika is a new threat to Fiji which affects pregnant mothers and their unborn child.

“Pregnant women need to take precaution and maintain a healthy lifestyle. Apart from civil servants taking part in the clean-up campaign, we need everyone on board to inform the public on the dangers of mosquito borne diseases.”

The Minister for Health and Medical Services, Hon. Jone Usamate said people need to take ownership of their health and not only rely on hospitals and health officials.

“We want to empower people to take ownership of their health and improve their living environments. We are grateful that the leaders of our country have taken the lead role in moving this campaign forward,” Minister Usamate said.

Meanwhile The Health Ministry in conjunction the World Health Organization has formulated a Zika Action Plan to inform the public on the symptoms and preventative measures against Zika.

The 3 main steps to Fight the Bite are: 1) Wear loose, light clothing, and sleeping with a mosquito net. 2) Use repellant with DEET, Icaridin or IR3553. 3) Destroy mosquito breeding grounds in your compound, e.g. anything that contains still water such as tires, empty coconut shells, tin cans, gutters and drains and long grass.